Share a memory
Obituary & Services
Tribute Wall
Read more about the life story of Steven and share your memory.

Steve Gilbertz, 66, lived a full life filled with love. In the early hours of Wednesday, October 26, 2022, he quickly and quietly left this world. Just as he had wished, he spent his final days in the comfort of his home, surrounded by his wife Amy Santos Gilbertz, daughter Lin Gilbertz, and dog Cooper.

Steve was and remains known as a loyal and generous friend. His two brothers-from-another-mother, Todd Neely and Jeff Olson, and close friends, Micki Ostrosky and Delroy Robinson, reciprocated Steve’s love as they cared for and watched over him in his final hours. Steve also created many other lasting friendships through his passion for golf, hunting, and fishing.

Steve called Champaign home twice in his life. After graduating from Lyons Township High School in La Grange, Illinois, he enrolled as an undergraduate student in the business administration program at the University of Illinois Urbana-Champaign. Upon completing his bachelor’s degree in 1978, he continued his studies and earned his MBA in 1980.

Steve returned to Champaign in 2000 where he discovered his vocation as a teacher and finally settled down. His fondness for books and storytelling, along with his wit, humor and expansive knowledge of historical facts and current events led him through a long and traversing career in advertising, marketing, and sales. However, his second career as a college professor at Richland Community College was where he found the most fulfillment. He shared stories, connected past and present events to course content, and helped students find their path.

His love for cooking came from his parents, Russell and Lin, who preceded him in death. Steve‘s two favorite sports teams are the Fighting Illini and any team that beats Notre Dame. Along with his older sister, Britt Dudgeon (Tom), who survives him, he also cheered for Northwestern.

Steve was a devoted husband to Amy, loving father to Lin, and a family man through and through to extended family members both near and far, who adored him.

In lieu of flowers, please consider donating to the Champaign County Forest Preserve District or the Eastern Illinois Foodbank. A private celebration of Steve’s life is planned for early 2023.

To send flowers to the family or plant a tree in memory of Steven Scott Gilbertz, please visit our floral store. 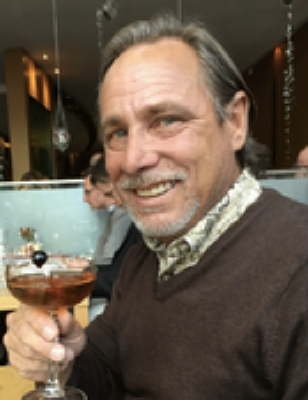 You can still show your support by sending flowers directly to the family, or by planting a memorial tree in the memory of Steven Scott Gilbertz