Share a memory
Obituary & Services
Tribute Wall
Read more about the life story of Dr. Doug and share your memory.

Doug was born June 22, 1951 and raised on The Parrett Family Farm in Mahomet, IL. He was the second of three children of Harold and Thelma Parrett.

He had a happy childhood, during which the seeds were sewn for his strong faith and work ethic. He attended Mahomet schools where he played football and basketball, while also helping his Dad with farming and everything involved with raising livestock. He earned his Bachelor’s degree from the University of Illinois in 1973 and went on to earn his Master’s and Doctoral degrees from the U of I.

Doug accomplished many things in his 49-year academic career at the U of I. He was an award-winning teacher, an Extension Beef Cattle Specialist, a research collaborator, a legendary Meats and Livestock judging coach, a world-renowned beef cattle judge and two-time interim department head. Most important to Doug was mentoring students and being a positive guiding influence in their lives. He had a unique and special ability to connect with people wherever he was, make them feel important and provide meaningful and impactful advice.

In 1976 he met the love of his life, Susie Limacher. They married in December of 1979 and began raising a family in Champaign. Doug was a devoted husband and an extremely involved Dad who loved raising his children, John and Annie, with Susie. Doug was tremendously proud of his children’s academic, athletic and life accomplishments. He was a passionate coach and fan of their athletic teams and never missed a chance to play sports with them. Family games of H-O-R-S-E were known to be highly competitive. He coached Annie’s basketball teams to many winning seasons and state tournament appearances. He loved the game of golf, and his favorite place in the world was on any golf course with John. As his children grew and had children of their own, he embraced the role of grandparent to his six grandchildren who adored spending time with their “Bumpa”. Doug was always a humble man until he started bragging about his family. He was totally devoted to and proud of them.

Doug was predeceased by his parents and his sister, Julie Anderson.

He was deeply loved and will be remembered for his faith, wisdom, knowledge, expertise, wit, positive attitude, gentle nature, and his love of his family, friends, and the University of Illinois.

The visitation will be on Tuesday, September 6, from 4:00 – 7:00 p.m. at the University of Illinois Stock Pavilion, 1402 West Pennsylvania Ave, Urbana, IL 61801. As Doug would wish, please dress casually: cowboy boots and Illini or golf apparel welcome. Funeral Mass will be held Wednesday, September 7 at 10:00 a.m. at St. John’s Catholic Chapel, 604 East Armory Ave., Champaign, IL 61820. Interment will be in Mount Hope Cemetery, Champaign.

Doug’s family has established an endowed scholarship fund in his name. In lieu of flowers, they have requested memorials be directed to the University of Illinois Foundation, Department of Animal Sciences, for the Dr. Doug Parrett Memorial Scholarship Fund. Please send to the University of Illinois Foundation, Harker Hall, 1305 W. Green Street, Urbana, IL 61801. Contributions may be made online at www.giving.illinois.edu. Include the Fund name in the “Other” field of the giving form.

To send flowers to the family or plant a tree in memory of Dr. Doug Parrett, please visit our floral store. 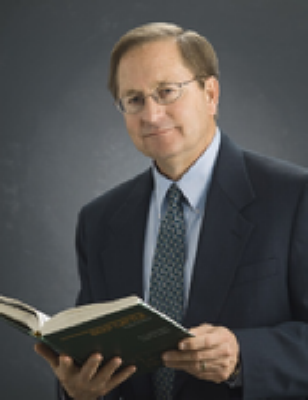