Share a memory
Obituary & Services
Tribute Wall
Read more about the life story of Donald and share your memory.

Donald W. Clegg, 82, (January 7, 1940 – January 1, 2023) was a one of those people who walked through life quietly but had an impact on the lives of others through his kindness, integrity, compassion, and radiant smile.

Don was a member of the gymnastics team at EIU and qualified for the NCAA National Tournament in Still Rings. He was a marathon runner for many years and avid football fan whose perfect, if rare, fall weekend consisted of victories by Champaign Central on Friday night, the U of Illinois on Saturday and the Chicago Bears on Sunday.

Don began his career in photography and cinematography and attended the Summer Olympics in Mexico City, Munich and Montreal to film Women’s Gymnastics and produced training films sold to gymnastics programs around the world. As a freelance photographer, he filmed Champaign Central varsity football games and worked with several departments at the University of Illinois. Don genuinely enjoyed the innumerable theater and dance performances he photographed at Krannert Center for the Performing Arts. He spent over twenty years as the photographer at Carle Hospital.

In 2008, Don shifted his focus to the family business, Clegg Estate Sales, run by his wife of 51 years, Mary H. Clegg. On a typical estate sale day, Don could be found greeting customers, manning the basement or garage, loading furniture, delivering bagels to workers and helping usher out stragglers when it was time to close for the day.

Don was an avid musician and music lover. In the 60’s, he played the string bass with a small ensemble and traveled throughout Illinois in his VW Beetle to perform. He sang tenor at First Presbyterian Church for over 50 years, sang with the U of I Oratorio Society and his radio was always tuned to WILL-FM.

Whenever he had the chance, Don loved to travel. He and Mary took many memorable trips antiquing in New England. They hiked the foothills of the Matterhorn and visited National Parks from Acadia to Glacier. Don was very drawn to the mountains of New Mexico near Santa Fe and the beaches in Cape San Blas, Florida.

Don also found much joy in nature and loved to fly fish, where he practiced catch & release, saying his joy came from the perfect cast rather than the size of the catch. He loved kayaking at the Pollywogs in his German Klepper folding kayak that could fit in the trunk of a car and be assembled in thirty minutes. He loved astronomy and loved to set up his telescope and share the beauty of the stars and planets with those around him.

Known as the animal whisperer in his family, Don was rarely seen without a dog or cat at his side, if not both. His constant companion was Marley the yellow lab who was always beside him while doing yardwork or out on a neighborhood walk. In recent years, he enjoyed afternoon naps with his beloved cat Streak on his lap. He had an affinity for animals that they instinctively reciprocated.

Don was predeceased by his parents William E Clegg and Gwendolyn Fritts Clegg, a brother, Bob Clegg, nephew Bill Clegg, Marley the yellow lab and many other beloved pets. He is survived by his wife Mary H Clegg, daughter Katie Clegg of Champaign and their shared dog Leo, cousin Susan Champlin of Mt. Vernon, and niece Robin Tucci (Michael) of Indianapolis, IN.

Don was an unassuming man with a gentle soul who had a gift for brightening the day of anyone he saw. He will be dearly missed by his family, animals and friends near and far for his kind nature, great sense of humor and cheerful whistle. A celebration of life will be held at a later date. Memorial contributions may be made to WILL Public Radio, Krannert Center for the Performing Arts and the Champaign County Humane Society.

To send flowers to the family or plant a tree in memory of Donald Clegg, please visit our floral store. 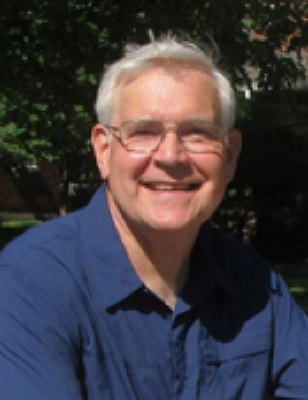