Share a memory
Obituary & Services
Tribute Wall
Read more about the life story of Crystal and share your memory.

Though she was always reading as a child, Crystal's interests extended well beyond what she could learn in books. With her grandparents in ‘89, she toured Europe, then during the summer of ‘98, she spent a semester studying abroad in Cuenca, Ecuador and traveled to Peru. She also helped run a Spanish language children's ministry in Rock Island, IL during college.

Crystal married Philip Dean Gray on June 17, 2000 in Bloomington, IL. They began their life together in Bloomington; bought their first house in Farmer City, IL; later lived at Meadows Mennonite Retirement Community where Philip was employed; and began their family's homestead north of Fisher, IL.

Crystal and Philip's marriage was blessed with eleven children whom she loved immensely. She home-schooled her children and was involved in the Dewey Co-Op and Cheer 24, where she taught Spanish classes.

She began attending church services as an infant, and gave her life to Christ at an early age. Her faith proved to be the cornerstone of her life. She attended Faith Church of Urbana at the time of her passing, but grew up in the Pilgrim Holiness Church in Bloomington, IL. She has fought the good fight, she has finished the race, and she has kept the faith. (2 Timothy 4:7).

Crystal was preceded in death by her parents, Steven and Ellen Lovell; in-laws, Robert and Naomi (Wheeldon) Gray; and an uncle, Steven Fox.

Funeral Services will be held at 12:00 p.m., Wed., Nov. 30, 2022, at Faith Church of Urbana, with Rev. Paul Gray serving as officiant. Visitation will begin at 10:00 a.m. Wednesday at the Church, and interment will follow at Grandview Memorial Gardens in Champaign.

A GoFundMe page has been established to accept donations for Philip and the children to help with medical expenses, funeral costs, and general living expenses as they continue life after this devastating loss. Any other donations can be sent to Faith Church of Urbana, 2111 N Willow Rd, Urbana, IL.

To send flowers to the family or plant a tree in memory of Crystal Gray, please visit our floral store. 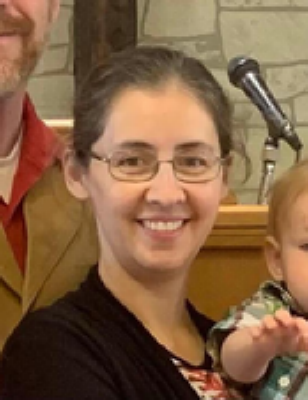