Share a memory
Obituary & Services
Tribute Wall
Read more about the life story of Caroline and share your memory.

Caroline was the daughter of Richard and Wilma Dey. She was born in Youngstown, Ohio on June 4, 1942. She married George Badger on September 1, 1962 in Columbiana, Ohio. He survives.

Caroline and George have a daughter, Elizabeth “Lisa” Stewart (Sam Moore) of Champaign and a son George Badger III (Tammy) of Pendleton, Indiana. There are four grandchildren, Benjamin Badger (Ashley), Emily Badger, Jeffrey Stewart (Andrea Pham) and Eric Stewart (Katie Polson). A new generation started in July with the birth of Evelyn Badger. Caroline also has a sister Barbara Galloway (Vernon). She was very proud of her family and grateful to see almost all of them in her last days.

Caroline graduated from the University of Pittsburgh with a BS in Chemistry and then an MS in Computer Science. Following this she worked in computer programming, first in Pittsburgh and then moved to Champaign in 1974 and worked in computing for both private companies and the University of Illinois. Following an early retirement she earned an Associates Degree in Art at Parkland and then spent time with both painting and photography.

Caroline and George shared a variety of interests including ballroom dancing, extensive travel, gardening, and volunteering. Travel often included much photography as well as historic ballrooms and museums. She was grateful for all the opportunities in her life.  She also was a court appointed advocate for foster care children with CASA.

Caroline never met a dog she didn’t like and had one or two most of the time, including her last pet Pitbull Shayla. She also briefly had a pair of ferrets.

The family had a private burial service at Mount Hope Cemetery.

To send flowers to the family or plant a tree in memory of Caroline J Badger, please visit our floral store. 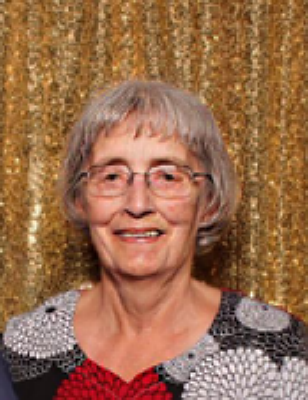